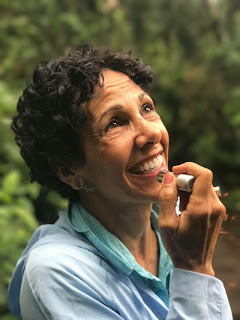 We wanted so badly for the Lord to give Hilda more time, more years.  We prayed fervently to that end.  She suffered so well, consistently clinging to the Lord and pointing us to Jesus that it seemed to me hers was the perfect case in which the Lord could bring Himself maximum glory by also granting physical healing.  I was so hopeful that He would, not only because I wanted us all to continue knowing and enjoying Hilda, but also because I wanted to see Him magnified.  With her passing, I initially struggled with the Lord’s course.

But Hilda helped me.  She wrote something on Friday, July 6 that I was blessed to read this week. Hilda wanted to be healed, but more than that she wanted the people around her to know the blessedness of salvation through Jesus.  She wanted them to know that He is good…all the time.  She was willing to suffer illness and death if that meant others would see Him more clearly.  Here is an excerpt of what she wrote:

“As I was driving home yesterday and I was listening to a Christian radio station someone called to say she was cancer free.  She said, ‘God is good.’  Yes, He is good.  But 3 months or years from now, will she still proclaim His goodness?

I’m not sure about my future/health…I want to praise Him on the good, but just as much on the bad…It’s easy when all is well, but when troubles come we can become afraid and desperate.  So we must live out our faith daily!”

No one questions God’s goodness during easy times.  Occasionally, He gives us the opportunity to know and show His goodness, His sufficiency during difficulty.  It was Hilda’s privilege to do this.  Throughout the pain and uncertainty, praise for the Lord was on her lips.  She demonstrated that He is good in sickness and death.

How can we second-guess this course, which has shown a woman praising Jesus from diagnosis to final breath?  He has been maximally glorified in her suffering and death.  May He be glorified as we cling to His goodness in mourning.

I look forward to remembering Hilda and magnifying Jesus with you at her memorial service on Saturday. 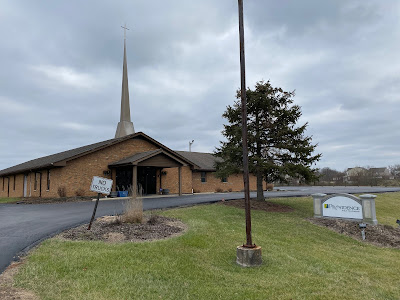 A Night Of Thanksgiving

We give thanks to God always for all of you, constantly mentioning you in our prayers, remembering before our God and Father your work of faith and labor of love and steadfastness of hope in our Lord Jesus Christ.  (1 Thess. 1:2-3)
I love these verses for a couple of reasons.  First, they remind us that thanks is due to God for the godly lives of those around us. All good gifts come from Him, including the good works of our brothers and sisters.  Second, these verses give us a mode of thanksgiving that might not occur to us otherwise.  Thanksgiving takes place when we reminisce with God ("remembering before God...") about what He has done around us in the lives of others…and give Him the glory for it.


We are in a season of transition at Providence Bible Fellowship as we prepare to move to another building.  Wednesday, February 5 will be our last prayer meeting in the building at Cox Road.  So much ministry has taken place here, both during our tenure and long before PBF existe… 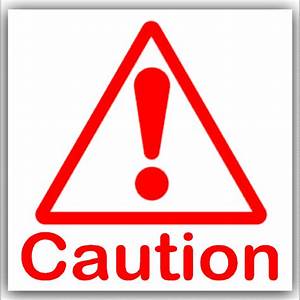 Redeeming the Time During the COVID-19 Crisis

I’ll not try to say anything profound here.  It’s obvious we’re living through something we’ve never experienced before.
I just wanted to bring to you a couple of concerns that I have for you as one of your pastors.  First, there is the spiritual danger of isolation.  If you’ve been at Providence long, you’ve heard us beat the drum of the vital importance of community—living life in meaningful covenant relationship with the local body of Christ.  The Lord has designed spiritual growth to happen as we participate in one another’s lives (Eph 4:7-16).  To a certain extent, we are hindered in this right now as public gatherings are somewhat dangerous.  However, the danger of meeting publicly is countered by the spiritual danger of being cutting off from meaningful fellowship with our brothers and sisters in Christ—we do not do well spiritually in isolation.  In fact, Proverbs would tell us that isolation is tremendously foolish when done voluntarily (Prov 18:1).
Second, there is the da…

SECRET CHURCH 20 Friday, April 24, 2020    -   7:00pm - 1:00am EDT
Because of Covid-19, we will not be gathering at the church building for Secret Church. Instead, we will be giving everyone a code to sign-in and watch it at home. You can watch on a phone, tablet, or computer  from the comfort of your couch, wearing jim-jams.
More than one person can watch from home, but we only have 40 books, and these will be available on a first-come-first-serve basis. So, we are asking to through how many books you will need.  For example, a family of five can watch from home, but maybe only three people want a book. Just request three books when you register.  The same might be true of a couple. They both want to watch but only one is interested in filling in the blanks. Just request one book during registration.
Books will be delivered to your house the week of Secret Church.


This year's theme is:
GOD, GOVERNMENT, and the GOSPEL

“Let every person be subject to the governing authorities” (Romans…